Changing your oil isn't the most fun of car maintenance tasks. It's hard to avoid getting oil all over your hand, arm, and everything else. Is the Fumoto valve a good way to deal with this for the Subaru WRX? Luckily, on the FA20DIT, the engine used in 2015+ Subaru WRX, the oil filter has been placed right on top of the engine for an easy and mess free removal. All that's left to get in the way is that pesky oil plug.

We decided to try the Fumoto valve for ourselves and find out if it's worth using. Short answer, is yes. After installing the Fumoto's oil drain valve, oil changes are now much easier, and can be done without spilling any oil at all, completely mess free.

Which Fumoto Valve Works With the Subaru WRX?

There are a couple of different options that fit the 2015+ Subaru WRX.

This drain valve includes a short nipple for attaching a piece of tubing, allowing for even easier mess-free oil changes. We've installed the Fumoto F108FS on our WRX, and can confirm the nipple does not stick out below the bottom of the car. We recommend this version. 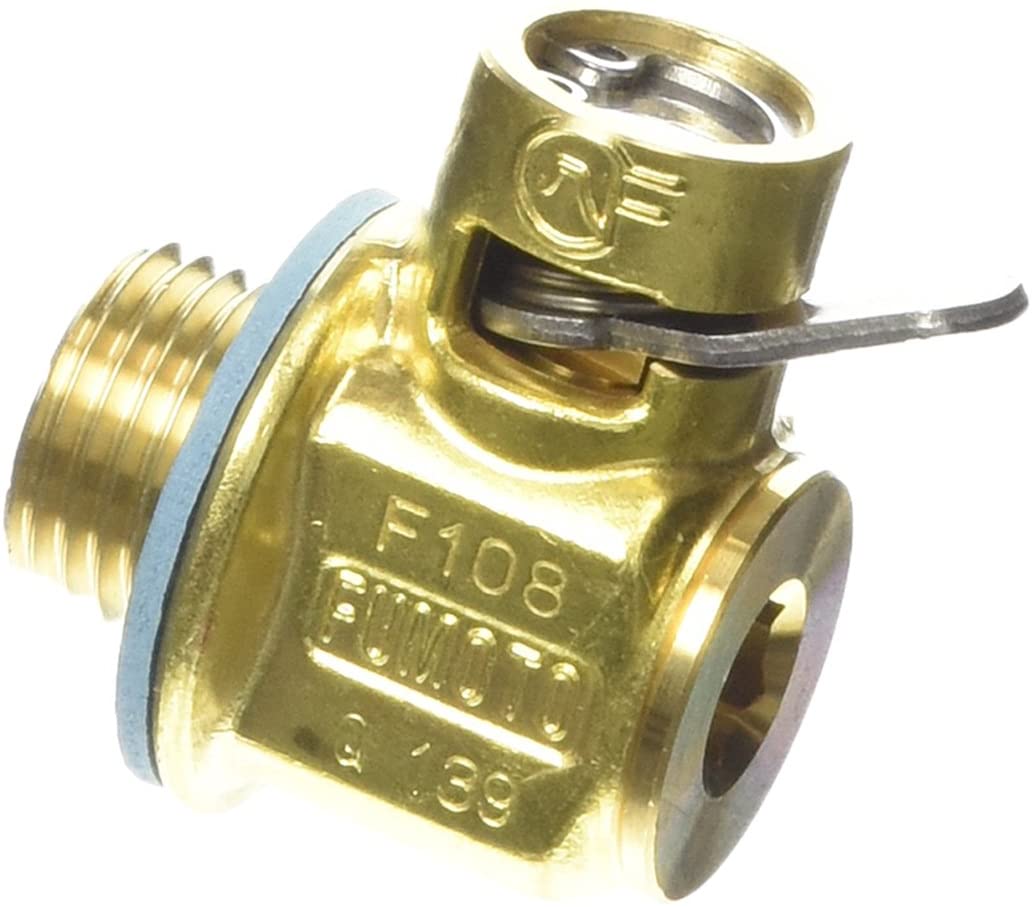 Fumoto also offers the same drain valve without the nipple for those who'd like a more compact design that ensures more clearance from the ground.

When it came time for a regular oil change, we installed the Fumoto valve on our WRX rather than installing the stock oil drain plug. Included is a gasket to replace the normal crush gasket. When installing the valve, it's important to first hand tighten, and then use a wrench on the body of the valve to tighten it more. Fumoto recommends an additional 1/8 to 1/4 turn. Make sure the valve is tightly screwed in to avoid oil leaking out, but avoid over tightening it.

Changing Oil With the Fumoto Valve

The first oil change after installing the Fumoto valve was the easiest we've ever done. Not only is the filter just as easy as ever to change on the 2015+ Subaru WRX, but now the oil can be drained from the oil pan almost just as easily with no tools required. Once the car is in the air, on ramps or jack stands, the valve can simply be opened, allowing the oil to drain in a predictable stream away from your hand and right into the drain pan.

After installing the Fumoto value, driving to the auto parts store to buy the oil and filter, and then driving back to return the used oil for recycling is the most time consuming part of the job. No more struggling to get your hands clean afterwards and cleaning up your mess, since there is none.

The Fumoto valve is a very affordable and easy to install modification for the Subaru WRX, or for any car. We highly recommend anyone who does their own oil changes buy this simple quality of life improvement.

Is the Fumoto Valve Safe?

Some people have the concern that something may hit the under side of the car and open the valve, causing their oil to spill out. In our use of the Fumoto valve, this is not something to worry about. The valve includes a few safety features to prevent this from happening. First, there is a plastic clip the goes over the lever, preventing it from opening. Additionally, the lever must be pushed down and then over in order to open, making it very unlikely that anything could shove it open. The Fumoto valve is safe to use, and you won't have to worry about it opening accidentally.

What Should I Do If My Fumoto Is Leaking?

If your Fumoto valve starts leaking oil after installation, the most likely cause is that it wasn't tightened enough. Make sure it's snugly tightened by hand after cleaning any oil away, then use wrench on the body of the valve (not the nipple that oil drains from), giving it 1/8 to 1/4 of a turn. If your Fumoto valve is still leaking after this, it may be defective, in which case it is covered by a lifetime warranty.

Best WRX Exterior Mods
# subaru wrx
ThinkTuning is a blog dedicated to car enthusiasts who love modifying, tuning, racing, and just driving their cars. We have guides and reviews for the top modifications you can purchase to make your car better and faster. We feature guides on car modification and buying the right mods, and car culture.