The stock shifter set up on the 2015+ Subaru WRX leaves some room for improvement. For one, it's possible to push the gear lever too far to the left when shifting into 1st and 2nd gear. Luckily, this is easy to solve with the Perrin shift stop, a simple modification that can be installed in less than 30 minutes, but greatly improves the accuracy and feel of the WRX's shifter.

The Perrin shifter stop is made with the high quality you'd expect from Perrin. It simply attaches on top of the gear shifter assembly, and after some quick adjustment, allows you to shift into first and second gear with ease, being perfectly lined up every time. We've installed the Perrin shift stop, and after driving around with it, we've compiled our thoughts.

The Perrin shift knob is a must have for the WRX. Not only is it very affordable, but it's very easy to install. It's a huge improvement to the drivability of the car, and something the car should have some stock with. Luckily, Perrin's design is excellent and they've released this mod for a budget friendly price, making it something every WRX owner should purchase. 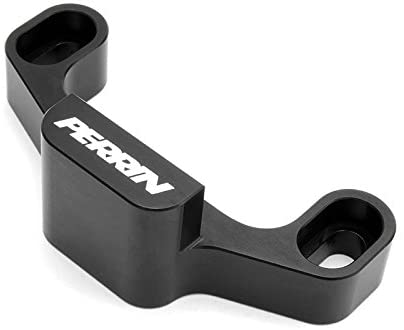 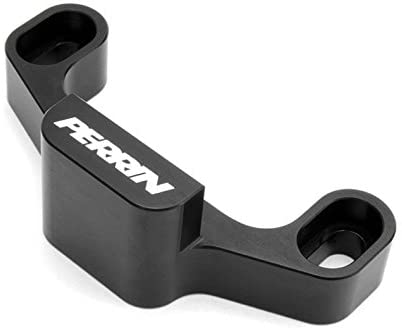 This version of the Perrin shift stop has been updated for the 2018-2020 WRX with the regular shifter. If your WRX has the OEM short shifter, you should check out the version above instead. 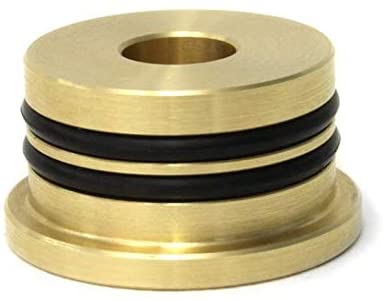 Another simple mod we think everyone should install, the Perrin solid shifter bushing is often installed along with the Perrin shifter stop and will tighten up the feel of your WRX's shifter even more. This shifter bushing replaces the stock transmission cable bushing, which is made from rubber, with one that's made from solid brass.

This mod can be installed in under 30 minutes, and just involves getting under the car with ramps or jack stands, unbolting the plate beneath the transmission cable, removing the shift cable, and replacing the rubber bushing. Combined with the Perrin shift stop, these two mods give a much more accurate and tight feeling shifter.

The installation of the Perrin shift shift stop is very easy, even for someone who's totally new to working on cars.

Now remove the two 10mm bolts, pictured below, on top of the shifter assembly. These hold down a part that looks similar to the shift stop you're installing, but it's on the right side and is used for the reverse lockout.

Repeat these steps until you're able to shift into each gear with ease, and the shift stops have a small enough gap to guide the shifter into gear. Test this by shifting through all of the gears with the clutch pedal depressed. Once the shift stops are positioned correctly, fully tighten the bolts so they can't move.

The Perrin shifter stop also includes washers for the two bolts on the left side of the shifter assembly. These help to reduce overall slop in the shifter, tightening everything up. Using a 7mm wrench, remove the nuts, taking care to not drop them. We recommend having a magnetic grabber on hand, and temporarily sticking a piece of cloth under the bolts as you work.

Install the supplied washers on the bolts, and then reinstall the nuts. Slowly tighten them, making sure to keep the washers centered under the nuts. Tighten them to remove the gap between the parts of the shift assembly.

You can now reinstall the shifter boot and the shift knob. Check again to make sure you're able to shift into each gear with the clutch pedal depressed. You should be able to push the shifter all the way to either side and slide right into gear when you then push either up or down. Recheck the bolts to make sure they're tight after a week of driving.

Best WRX Exterior Mods
# subaru wrx
ThinkTuning is a blog dedicated to car enthusiasts who love modifying, tuning, racing, and just driving their cars. We have guides and reviews for the top modifications you can purchase to make your car better and faster. We feature guides on car modification and buying the right mods, and car culture.