The Subaru WRX, like all modern cars, has a PCV, or positive crankcase ventilation system. This system keeps pressure from building up in your crankcase, and deals with it in an environmentally friendly way. It allows the excess pressure to flow back into the intake, keeping pollutants from making their way into the atmosphere.

The problem is that a mist of oil mixed with this air, known as "blow-by", and will wind up coating your intake valves and other parts. The oil has a low octane, meaning it increases the chance of knock, reducing performance and limiting tuning potential.

The blow-by is especially a problem with the 2015+ WRX, since the engine, the FA20DIT, uses direct injection, meaning there's no fuel to rinse the intake valves and keep them from building up carbon. This will decrease performance over time and require walnut blasting or other methods to remove the carbon deposits.

An air oil separator or an oil catch can help to prevent this carbon build up on the valves, as well as keep the oil vapor from contaminating the intake manifold and rest of the intake system, including the intercooler. This not only helps to keep your engine clean but helps to improve power and reliability.

We've compared the best of both air oil separators and oil catch cans, and will help you understand the difference and which is right for you.

Catch cans offer a simpler solution to collecting blow by and preventing it from entering the car's intake. They simply sit in the PCV lines and collect separate the mist of oil from the air, allowing the clean air to continue through the PCV system.

While with a catch can system you'll need to empty the cans, most people just do this as an extra step with their regular oil changes. Some WRX owners prefer catch cans since they'll keep the oil cleaner for longer, not adding any extra deposits back into engine. 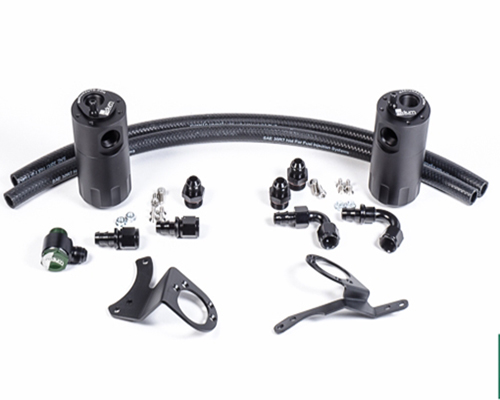 Radium Engineering's catch can system for the 2015-2020 WRX includes two cans. One is for the PCV system, and the other is for the CCV system. It completely retains the stock PCV valve's function.

Not only does a catch can setup effectively increase octane by preventing oil from getting into the combustion chamber through the intake, it also reduces hydrocarbon emissions since you're not burning small amounts of oil.

Mishimoto's catch can system for the WRX includes two separate cans, meant to handle both the PCV and CCV systems separately. It includes mounting brackets specific to the WRX, hoses, and all the required hardware for an easy installation.

Inside the cans, an air diverter causes turbulance in the air to improve oil separation, and a 50-micron bronze filter keeps the air clean as it leaves the cans. The cans have baffles inside that prevent oil from splashing up and making its way back into the system. 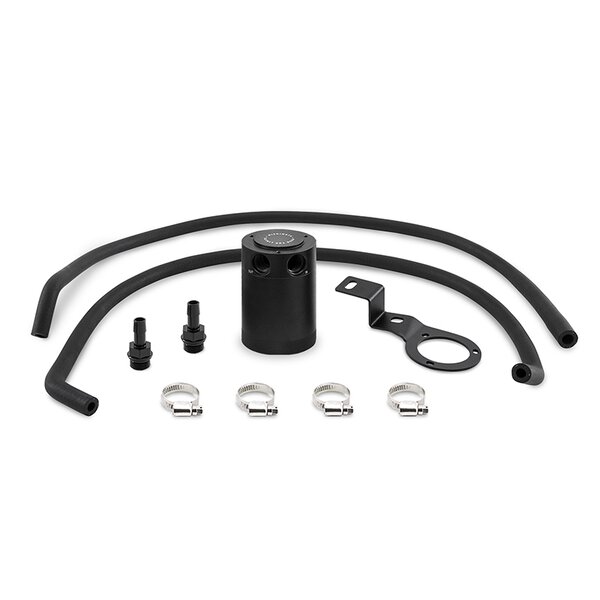 Another catch can system from Mishimoto, this one is simpler and more affordable. It has a single catch can for the PCV system. This provides most of the benefit of the dual catch can system, but it's easier to install and costs less.

The catch can has internal baffling to keep the separated oil down in the can. This helps to insure the air that passes through is as clean as possible.

An air oil separator does more than a catch can, but it's main job is still keeping the intake tract clean. Rather than just collecting the oil from the PCV system, requiring a can to be emptied occasionally, an AOS returns the oil back to the car's oil pan. This means there's no added maintenance, just regular oil changes will do.

Many people prefer an AOS, since there's no need to worry about the cans filling with oil and no added maintenance. 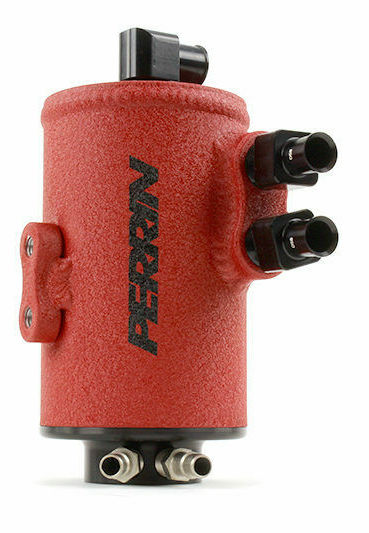 Perrin's Air Oil Separator connects to the PCV and CCV lines, collecting the blow-by and returning it the oil sump. It also connects to the coolant lines. This is because condensation tends to form inside the AOS otherwise due to the difference in temperature between ambient and the crankcase gasses. Cooling the system helps prevent this, and stops your oil from being contaminated with water. 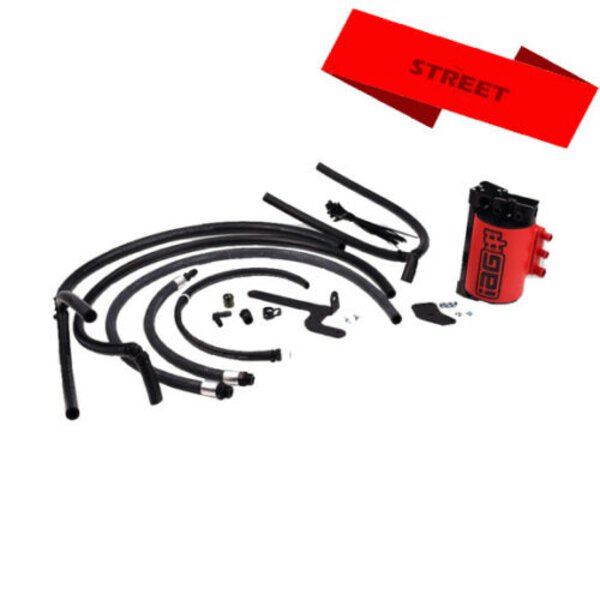 This AOS from IAG is very similar in design to the one from Perrin. It connects to not only the PCV lines, but also the coolant lines to cool the air as it passes through. This helps to reduce condensation, which could lead to water getting in your oil if not addressed. 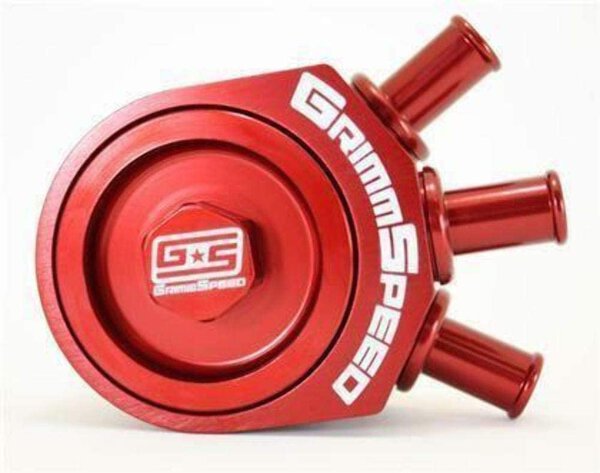 The Grimmspeed AOS uses an entirely different, but clever design. It mounts to where your oil fill cap would normally go, and the PCV lines connect to it, so it can collect oil and return it through the fill hole.

While this design is a lot simpler than the alternatives, some still prefer the Perrin or IAG air oil separator design. Especially in colder climates, this AOS could lead to condensation making its way into the oil, since there are no coolant lines going through it to cool the vapor.

Best 2015+ WRX Downpipes
# subaru wrx
ThinkTuning is a blog dedicated to car enthusiasts who love modifying, tuning, racing, and just driving their cars. We have guides and reviews for the top modifications you can purchase to make your car better and faster. We feature guides on car modification and buying the right mods, and car culture.